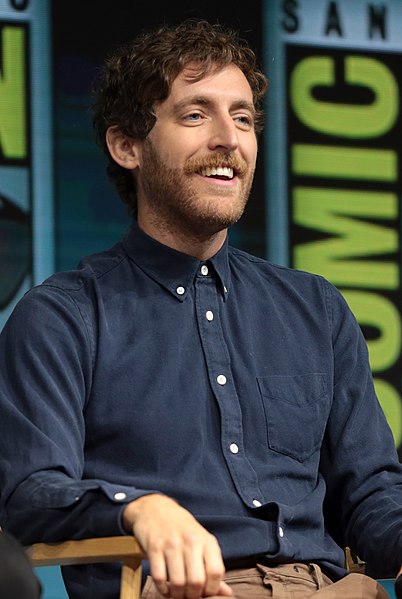 I started with Joseph And The Amazing Technicolor Dreamcoat as a chorus member, then did West Side Story as Indio (one line but I delivered it with gusto), Hair working in prop and set construction, Grease when I played Sonny, and finally Oliver when I played an 80s London punk version of The Artful Dodger.

Ken Wilson had just begun to foster a lover of performing with me when I attended Trafalgar and during the school year I was preparing for the plays I would be a part of for the BC Drama Fest.  Over the summer, this program was the best way to keep that passion going.  It was a great way to learn that I was a mediocre singer, that there were other drama nerds like myself out there, and that I didn’t need to spend my entire summer playing video games.  Everyone there was so nice, and it was great to be around so much creativity and laughter.

Honestly, outside of getting the chance to gain confidence in performing, the more memorable moments are with the friends I made during the program.  They have all become very close lifelong friends to this day.  One particular night during the production of Grease, the gals who were cast as The Pink Ladies had a movie night and we boys who were in the T Birds drove over and serenaded them a quickly rehearsed version of Blue Moon, complete with a “full moon” at the end.  The high brow comedy featured in that routine is now a staple of my current repertoire.

Geoff and Allison were so instrumental in cultivating a safe and creative space for awkward, shy, nervous, or often completely insane kids and teenagers.  We all wanted to put on a good show in the end, and that was because Geoff and Allison made us feel confident, like we could put on a good show if we tried.  It was that encouragement that no doubt pushed our little egos to dare try out the National Theatre School, or George Brown, or, as in the case of yours truly, drop out of college entirely to become a comedian of all things.

I can only speak from my experience.  When I started acting in theatre, at the age of 13, it quickly became my calling.  It gave me something to strive for.  I believed I was good at it, and I wanted to get better, and, thanks to things like the Summer Youth Program, I had a place to do all that and mentors to guide me along the way.  I am now living in Hollywood acting in TV and film and touring North America with comedy shows.  I can say without hesitation that this program was instrumental in giving me the skills and confidence to help me in that journey.

7. How, if at all, have you stayed connected to theatre and the arts in general and the Capitol Theatre specifically since you were in the program?

As I said, acting is now my profession.  As for the Capitol Theatre, I’ve since made a donation as it was home to me for so many years.  I regularly keep in touch with the friends I made over the summers there as they became my best friends growing up.  Occasionally I’ll write Geoff an email but just to see if I can borrow his Hulu login.

8. Why should alumni support the program either financially, as a mentor, a teacher or volunteer?

The Capitol Theatre was a second home to me growing up.  From the BC Drama Fest, to the Christmas pantomimes, to the Summer Youth Programs, being able to grow up in a small town in the middle of the mountains in Canada and have it be a center for the creative and performing arts is truly very fortunate, and if it helped shape me like it did for any other alumni, some kind of involvement, be it through time or money or even just an email saying “THANK YOU” seems only fair.