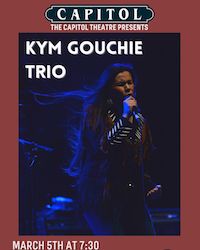 THIS IS A STREAM TICKET
This STREAM premieres on Mar. 5th at 7:30 pm and will remain on sale and be available for 3 weeks. Ticket holders can choose to watch at the time of the premiere or access at any time (and as many times) they wish during the 3-week window.

As a cultural cornerstone in Nelson, the Capitol Theatre has played an integral role in fostering culture and community engagement through its programming for the last 30 years. During this time, the theatre has embarked on multiple collaborations and more recently has specifically engaged with the community through projects that embrace inclusivity, artistic expression and the subject of reconciliation.

Each year the Indigenous Cultural Celebration event provides the opportunity for local and regional Indigenous dancers, storytellers and musicians to participate in this event and extends an invitation to the community at large to engage in the conversation of reconciliation, to show respect to all Indigenous people throughout the region and to support the acknowledgement of traditional territories in this area.

Kym Gouchie’s ancestral roots are in the Lheidli T’enneh, Cree and Secwépemc Nations, Kym Gouchie is fostering change through her music and art. Kym’s traditional hand drum, clean, crisp acoustic guitar and full-bodied voice make her a powerful artist. Traditional First Nations, folk, and country tones alongside poignant and inspirational lyrics capture the hearts of young and old — her genuine and heartfelt performances in her trio have a profound and often emotional impact on her audience. Her music brings awareness to First Nations and women’s issues, promoting reconciliation and community building while reminding us that we are all in this together. Her stories are a testament to the human spirit, weaving together threads of her own journey from personal tragedy to triumph.

Highlights in recent years include: being one of four featured performers on BC Premier John Horgan’s LIVE online concert at the start of the Covid-19 pandemic lockdown; receiving Stingray Music’s “Rising Star” award; performing her songs and interviewing LIVE on CBC Radio’s The Current during a special broadcast on the issue of missing and murdered Indigenous women and girls; having her song “Sister Rain” hit #1 on National Indigenous Music’s Top 40 Countdown; having her song “For the People” chosen and featured on a national CD produced by Canada’s Truth & Reconciliation Commission to educate Canadians about the Residential School Legacy.

Kym is currently working on various projects which include a Children’s Album geared towards resurrecting and teaching her Indigenous language, and she’s writing a one-woman play titled ‘Her Blood Runs Through My Braids’ which is an expose honouring her four Grandmothers and how their lives have taught and inspired her. A respected artist and elder-in-training of the Lheidli T’enneh Nation, also known as Prince George, BC, Kym is sought after to perform and speak at traditional welcoming ceremonies, cultural gatherings, schools, and conferences.

Accompanying artist: Brigitte Demeter Recording and performing artist “Brigitte” is a keyboardist/singer/songwriter/producer who is credited on over 40 recording projects with award-winning artists including Kym Gouchie, Mike Gouchie, Leah West, Centrefire, and Dan Rothery. She composes and performs music in a wide range of genres — pop, AC, folk, country, rock and orchestral instrumental. She has appeared on Nashville’s “Starseek” and performed and hosted a stage at the Merritt Mountain Music Fest. Brigitte has recorded/released her own music and played with the classic rock/original band “Wheelhouse” for more than 20 years. She is a regular adjudicator for the Junos and FACTOR.

Accompanying artist: Thurein Myint An eclectic and accomplished artist, teacher, producer, Thurein Myint started his music production career at the tender age of 14 in his family’s analog studio (Musicworld Studios) in his native country of Burma. He’s been a professional songwriter and musician for over 25 years, playing classical and jazz guitar both as a solo artist and in his Jazz trio band (Thurein Myint Jazz Trio) across Canada and overseas. He is a coveted for-hire studio and gigging musician and has served on the committee of the Kiwanis Music Festival, with special designation as Discipline Captain for the Popular Music category. He continues to ply his trade at both local theatres and international music festivals, keeping him in touch with the needs of the audience.